The UK and France have warned Trump that launching an all-out war with Iran would hand victory to terrorist groups in the region.

Speaking after the president threatened a “disproportionate” response to any future attack by Iran, the UK Foreign Secretary Dominic Raab warned that a full-scale war would only benefit the Islamic State.

“We are concerned that if we see a full-blown war it would be very damaging and actually the terrorists… would be the only winners,” Raab told the BBC on Tuesday. 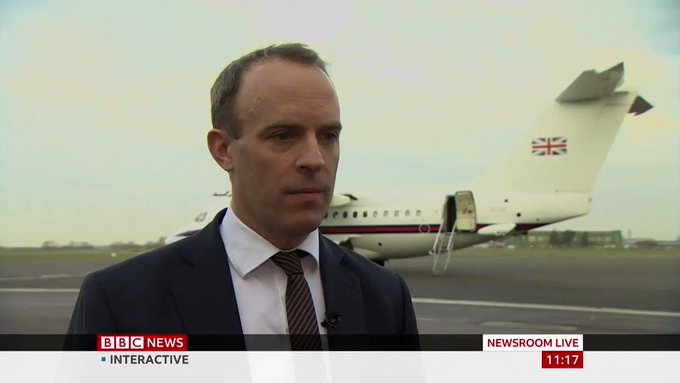 118 people are talking about this

Raab’s comments reiterated those made by French Finance Minister Bruno Le Maire, who said on Monday that “the instability in the Mideast today benefits only one organization: the Islamic State group.”

Le Maire added the conflict would “increase the terrorist threat over France and Europe”.

US allies have also distanced themselves from Trump’s repeated threats to target Iranian cultural sites.

A spokesperson for Boris Johnson indicated on Monday that any attempt to attack such sites would amount to a war crime.