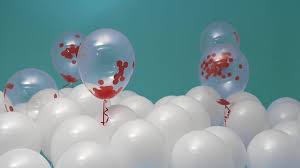 A doctor who took his own life in Chicago left a note suggesting he had become “averse” to vaccinations and may have falsified records.

Van Koinis expressed regret for his actions but his note was ambiguous.

Officials are investigating if the much-loved paediatrician forged records so that anti-vaccination parents could obtain documents required for schools.

Dr Koinis reportedly wrote that he had become averse to immunisation in his last decade of work.

“He was incredibly regretful for what he did and it was the only thing he mentioned in the suicide note. It was this and only this,” Chicago Cook County Sheriff Tom Dart told US media, adding that the note was “cryptic”.

“The biggest issue is parents who are under the impression their children are immunised when they are not,” Sheriff Dart told the Chicago Sun-Times.

Former patients of Dr Koinis are now being advised to talk to a physician about their vaccination records.

Blood tests can determine if patients have received some immunisations, but not all, according to the US Centers for Disease Control and Prevention.

Dr Koinis, who died in September last year, was highly regarded in his community in Chicago, with more than 1,000 reviews and a five-star rating on a physician ranking forum.

Several parents have defended him following the latest revelations, saying they had never heard him express anti-vaccine beliefs, and others say they witnessed him administer shots.

“My children and I love him so much. He is like part of our family,” one woman, who said she had been bringing her children to Dr Koinis for 23 years, wrote on Facebook, the Washington Post reported.

He was also known to refuse payments when families were unable to pay and check up on children’s health out-of-hours, the Post said.

Director of News and Current Affairs