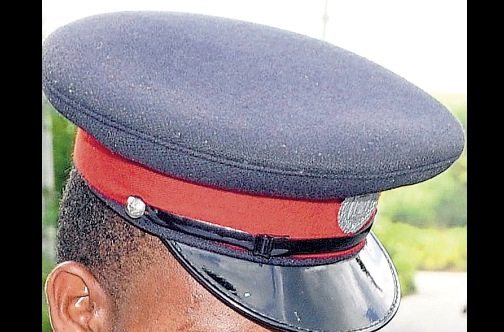 Kingston, Jamaica – A 32-year-old Ministry of National Security cop have been arrested and charged with “robbery with aggravation” for allegedly robbing a St Elizabeth peanut farmer of his cellphone, cash and his car, at gunpoint.

Police Constable Kirk Scott, will enter a plea of not guilty in the Gun Court. He hired attorney Peter Champagnie to represent him.

Allegations against Scott are that he robbed the peanut farmer at gunpoint on September 26, 2016, and stole cash, the complainants cell phone and his car – during a trip from St. Elizabeth to Kingston to buy tiles for his house.

Mckoy’s News reporter was told that Scott and the police officer were close associates before the alleged robbery, and that the complainant called Scott to return his car after the alleged theft. The complainant report that within minutes after his call to Scott, the car turned up at a location near the scene of the robbery.

In the bail hearing before the High Court Division of the Gun Court on Tuesday, April 11, attorney Champagnie told the court that the complainant was known to the police as a ganja farmer who regularly transported ganja into Kingston, and that his client gave him a warning about his ganja dealing, telling the man his occupation was compromising their relationship.

Champagnie allege that the man who says he is a St Elizabeth peanut farmer, submitted a report of robbery out of malice. Suggestions are that the police constable took his ganja and not his cellphone, cash or car.

He will return to court October 23.