It’s not just the creepy old man stereotype anymore. A steady wave of sexual-assault allegations has crashed on a generation of millennials, cuspers and Gen Z stars in the last week.

Several celebrities, from Justin Bieber to cast members of “Riverdale,” have been accused of groping fans, coercing sex and rape. The celebs have all strongly denied the claims. Many, but not all, of the allegations have taken place in the form of tweets from anonymous or first-name-only Twitter accounts, some of which were deleted after they posted claims.

Although many of the claims against celebrities that arose this week have been debunked as social media hoaxes, there is no question that sexual assault remains a problem for the millennial and Gen Z generations. Rape, Abuse & Incest National Network (RAINN) statistics say that only 230 out of every 1,000 sexual assaults are reported to the police, largely because victims fear retaliation for speaking out. According to RAINN, 25% of sexual assault perpetrators are between the ages of 21- and 29-years-old and nine percent are between the ages of 18 and 20.

Here is a guide to the allegations, which have all been denied.

On June 19, a woman who identified herself online as Gabby accused Ansel Elgort, 26, of sexually assaulting her in 2014 when she was 17. Elgort was 20 or 21 at the time of the alleged abuse.

“I didn’t tell anyone because he said it could ‘ruin his career,’ ” she claimed.

Elgort responded to the allegations the next day. Though he did not deny having a physical relationship with Gabby, he claimed it was “legal and entirely consensual.”

“I cannot claim to understand Gabby’s feelings but her description of events is simply not what happened. I have never and would never assault anyone,” he posted on Instagram.

Elgort claims he did not handle their breakup well and stopped responding to her texts, which he apologized for. “I know this belated apology does not absolve me of my unacceptable behavior when I disappeared. As I look back on my attitude, I am disgusted and deeply ashamed of the way I acted. I am truly sorry.”

Later that weekend, a woman named Danielle posted claims about Justin Beiber, saying she was inspired to do so because of Gabby, the woman who accused Elgort.

“On March 9, 2014, I was sexually assaulted by Justin Bieber,” Danielle claimed in since-deleted tweets from June 20. She alleged that while attending a small show in Austin, Texas, with two friends, they were approached and asked if they’d like to meet Justin after his set. After taking photos, Bieber and another man allegedly invited the group to the Four Seasons hotel.

Bieber, 26, allegedly took Danielle into a room with him alone, and told her not to tell anyone “or I can get in serious legal trouble,” she claimed. Danielle alleged that Bieber kissed her, pushed her down on the bed, pulled her underwear down and “forced himself inside” of her, after Danielle had told him it was going too far and they should stop.

“Rumors are rumors but sexual abuse is something I don’t take lightly. I wanted to speak out right away but out of respect to so many victims who deal with these issues daily I wanted to make sure I gathered the facts before I made any statement,” he wrote.

Bieber proceeded to post several receipts that show he stayed at an Airbnb, not the Four Seasons, on the night in question. “We have also confirmed with the Four Seasons regional manager that I was never on property on the 9th of March 2014 and never a guest on the 9th or the 10th and I welcome all press to inquire with them if needed or wanted,” Bieber said.

“Every claim of sexual abuse should be taken very seriously and this is why my response was needed,” the former child star wrote. “However this story is factually impossible and that is why I will be working with Twitter and authorities to take legal action.”

An anonymous Twitter account, @Victori66680029, under the name Victoria claimed that Sprouse, now 27, abused her in 2013 when he and his twin brother Dylan were studying at NYU. The tweets claim Victoria met the “Big Daddy” actor at a party. “Once we got to his room he became aggressive and shoved me against the bed, I pushed back against him but I was drunk and he was bigger,” she alleged. Victoria claimed that Sprouse fondled her breasts and undid her pants, after Victoria had told him to stop. “After he was done he told me to leave,” she wrote in the claims.

The Sprouse allegation tweets are the only tweets the account, created in June 2020, has posted.

Sprouse strongly denied the claims on Twitter: “Earlier today myself and three other cast mates were falsely accused of sexual offense by anonymous accounts on twitter. I take these accusations very seriously, and will be working with the right teams to get to the root of it. False accusations do tremendous damage to victims of actual assault. Furthermore, I would never seek to silence anybody. I encourage that people look into the accusations themselves, as the events detailed were factually untrue. This seems to be the latest claim in a series of incidents seeking to baselessly cancel my cast mates and me.”

Other “Riverdale” cast members were accused of sexual assault, which later proved to be false claims.

Sprouse’s ex-girlfriend and “Riverdale” co-star Lili Reinhart, 23, was accused of groping a fan from another anonymous account, @Tasha93948576, which was later deleted. “It was late night when I saw her, I asked for a picture, she said sure. She put her arm around my waist as we took the picture but then kept going lower and lower,” the account alleged, according to screenshots.

Another account which has also since been deleted, @Alison41740595, tweeted similar claims about fellow castmate, KJ Apa, 23. Claims in this nature were also made against Vanessa Morgan, 28, who is also on “Riverdale,” according to Buzzfeed News.

Later, the Twitter user who posted the Reinhart claims admitted all three were untrue. “Do you see how easy it is to lie and you guys will believe it? Vanessa Morgan and Kj Apa didn’t do jack s - - t. You will believe anything,” the “Tasha” account wrote.

Fans pointed out that all the accounts posted their claims about the “Riverdale” crew around the same time, and the account usernames followed the same format, including claims made against Sprouse. Others showed that all the tweets were posted from the same IP address.

Reinhart slammed the claims. “I have always taken sexual assault allegations seriously. But it was proven that this account was created specifically to create false stories about me and my cast. I can’t think of something more twisted than lying about sexual assault. It invalidates the men and women who are brave enough to come forward with the truth,” she wrote. “We are looking into taking legal action. This kind of sick behavior only harms true survivors.” 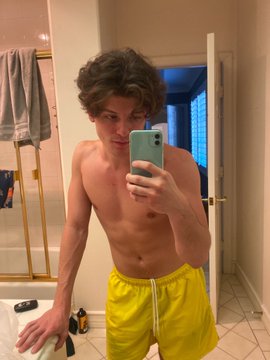 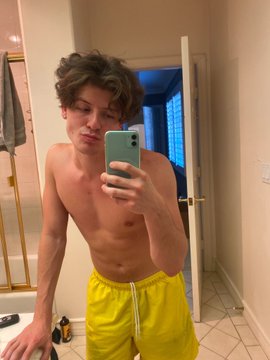 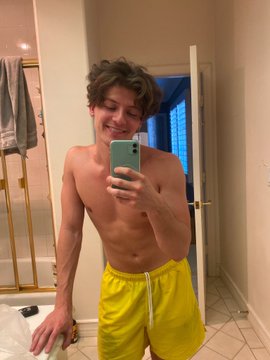 TikTok star Ondreaz Lopez, 23, was recently accused of sexually assaulting a 17-year-old in 2018.

On Sunday, a private Twitter user under the name Al said that Lopez allegedly forced them to touch his genitals while sharing a bed with him prior to a dance competition the next day, according to E! News.

Lopez, who has 16 million followers on the app, denied that the physical contact was nonconsensual. In his post, Lopez referred to Al as “Allesandra” and incorrectly used “she” pronouns, which AI said is their deadname. Lopez said he allegedly asked AI to sleep in their bed to be polite because two other people were sleeping on the couch. Lopez claims Al initiated cuddling and making out. Lopez got on top of Al, but got off when they said they didn’t want to have sex, he says.

Lopez then revealed he had been sexually abused twice as a child.

“Regardless of whatever happened that evening, [they] obviously felt very uncomfortable with it and was never my intention to hurt [them] or make [them] feel that way,” he wrote.

Al reportedly said that they didn’t report the alleged abuse because they feared authorities would not take them seriously.

Cody Orlove, an 18-year-old influencer, was accused by fans of physically and sexually abusing his ex-girlfriend of three years, TikTok star Zoe Laverne.

According to Distractify, the couple split a few weeks ago. Rumors began spreading on social media that Laverne, 19, had confided to a mutual friend that Orlove allegedly tried to hit her and sexually abused her. Audio then surfaced of the two verbally fighting.

“The audio clip that was released contained an argument between Zoe and me and it was recorded and released without either of our knowledge or consent,” he wrote on Instagram. “Regarding Zoe and our relationship, there were never any marks or physical damage between the two of us. The suggestion that I abused her has [been] skewed and misrepresents everything I am and everything I believe as a person.”

“As teens, we found ourselves in a toxic relationship where we both participated in unhealthy behavior that at times went too far on both of our parts,” he said.