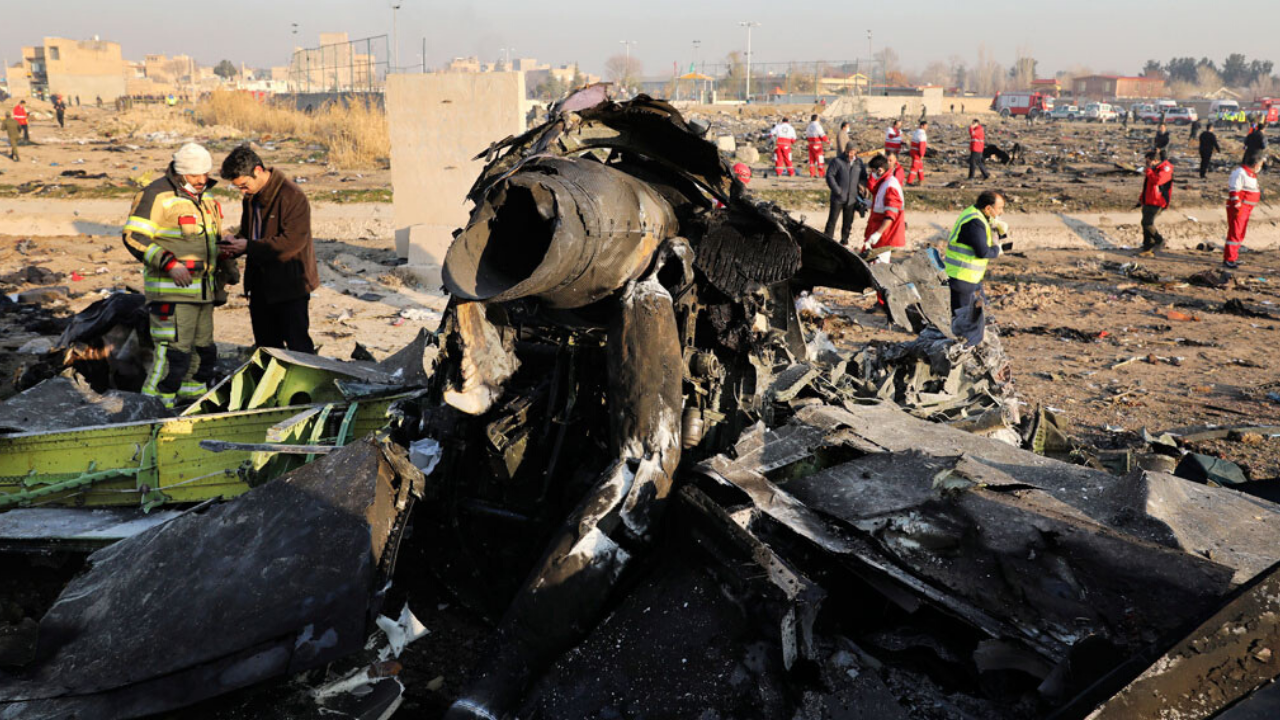 In this Jan. 8, 2020, photo debris at the scene where a Ukrainian plane crashed in Shahedshahr southwest of the capital Tehran, Iran. THE ASSOCIATED PRESS/Ebrahim Noroozi.

Iran’s president has finally acknowledged what Canada, Britain and the United States have strongly suspected for days – that it was indeed an Iranian missile that downed a Ukrainian jetliner on Wednesday, killing all 176 people on board.

“The Islamic Republic of Iran deeply regrets this disastrous mistake,” Hassan Rouhani said late Friday in a post on Twitter.

“My thoughts and prayers go to all the mourning families. I offer my sincerest condolences.”

There were 57 Canadian citizens aboard the doomed airliner.

Our profound regrets, apologies and condolences to our people, to the families of all victims, and to other affected nations.

26.1K people are talking about this
In statement posted on Twitter overnight by Justin Trudeau’s communications director, Cameron Ahmad, the prime minister said “Tonight, Iran acknowledged that Ukraine International Airlines Flight 752 was shot down by its own armed forces. Our focus remains closure, accountability, transparency and justice for the families and loved ones of the victims. 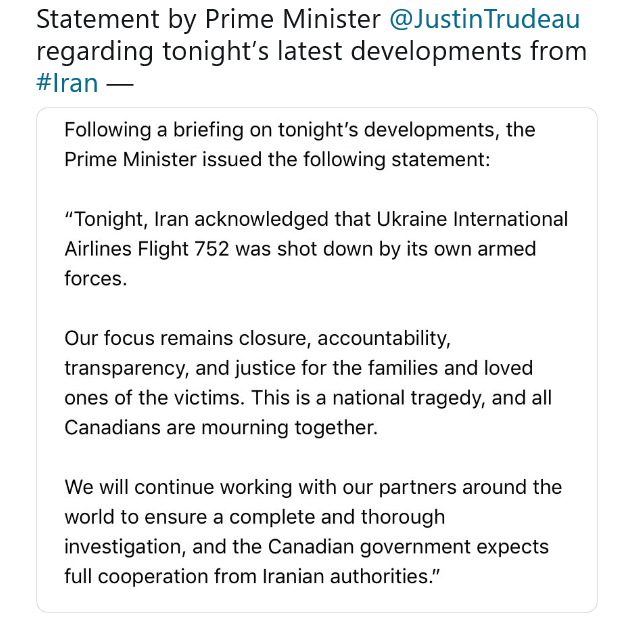 Ukraine’s President Volodymyr Zelenskiy issued a statement saying the crash investigation should continue and the “perpetrators” should be brought to justice. He also said Iran should compensate victims’ families.

Iran’s supreme leader, Ayatollah Ali Khamenei, expressed his “deep sympathy” to the families of the victims and called on the armed forces to “pursue probable shortcomings and guilt in the painful incident.”

The tweets from Iran’s leaders contradict a statement Tehran issued earlier Friday that denied any responsibility for downing Flight 752, and instead blamed it on a fire in the Boeing 737-800’s engine.

Iran had initially responded by dismissing such allegations as Western propaganda that officials said was offensive to the victims.

Foreign Affairs Minister Francois-Philippe Champagne has said the Canadian government is leading a group of nations that lost citizens in the Tehran plane crash to advocate with “one single voice.”

He also noted that the government is creating a task force of top public servants to ensure Canadian families affected by the crash get the support and information they need.

VIDEO: Families push to bring loved ones home after plane crash in Iran 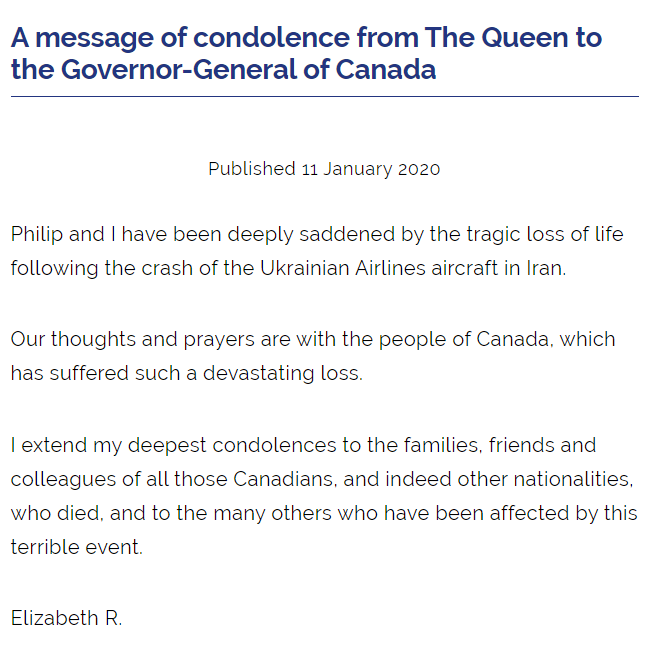 The Canadian Press has independently confirmed at least 74 victims with ties to Canada, many of them students at Canadian universities.

Flight 752 went down shortly after Iran launched missile strikes against two military bases in Iraq, including one in the northern city of Irbil where Canadian special-forces soldiers have been operating for the past five years.

The attack, which did not cause any casualties, was in response to a U.S. airstrike in Baghdad, Iraq, that killed Iranian Maj.-Gen. Qassem Soleimani last week.

Iran had invited Ukraine, Canada, France and Boeing, which built the jetliner, to participate in the investigation into the crash. The Transportation Safety Board issued a statement Friday saying two investigators were preparing to make their way to the area.

Ukrainian investigators were given access Friday to the flight recorders that were recovered from the wreckage of the plane, which was bound for Kyiv, as well as access to recordings of the air-traffic controllers at the Tehran airport, Ukraine’s Foreign Minister Vadym Prystaiko said.

However, it was unclear how the investigation will proceed in light of Iran’s admission that the jet was shot down.

Transport Canada, meanwhile, says it has “issued a notice to Canadian air operators advising them not to enter the airspace of Iraq and Iran due to the potential risk of heightened military activity in the area.”