Hillary Clinton has Meghan Markle’s back.

The former presidential candidate shared a new post an Instagram on Thursday of a quote the Duchess of Sussex said back in early 2018, during the first annual Royal Foundation Forum, which also included Prince Harry, Prince William and Kate Middleton.

“Women don’t need to find a voice. They have a voice. They need to feel empowered to use it, and people need to be encouraged to listen,” read the post, which garnered almost 74,000 likes. Clinton quoting the first two lines in her caption.

RELATED: Team Super Royal Takes Off! Will, Kate, Harry and Meghan Make Their First Appearance Together

During the forum, Meghan stated she wanted to “hit the ground running” after her royal wedding, which took place less than three months later, and advocate for women’s rights.

She added, “Right now with so many campaigns like MeToo and Time’s Up there’s no better time to continue to shine a light on women feeling empowered and people supporting them.”

Last November, PEOPLE confirmed the Duchess of Sussex discreetly invited the former Secretary of State to her London residence of Frogmore Cottage, where they met for the very first time. Baby Archie was also present for the former First Lady’s visit.

“It was sweet,” a source said. “She got to hold him and snuggled him. She is very proud of Chelsea’s three kids and there was lots of chatter about newborns and feeding schedules.”

The source added, “They were equally excited to meet each other.”

Chelsea Clinton, who was in the U.K. with her mother as part of their book tour to promote The Book of Gutsy Women: Favorite Stories of Courage and Resilience, was unable to join as she had already left the country. Prince Harry was also absent from the meeting.

Can’t get enough of PEOPLE’s Royals coverage? Sign up for our newsletter to get the latest updates on Kate Middleton, Meghan Markle and more! 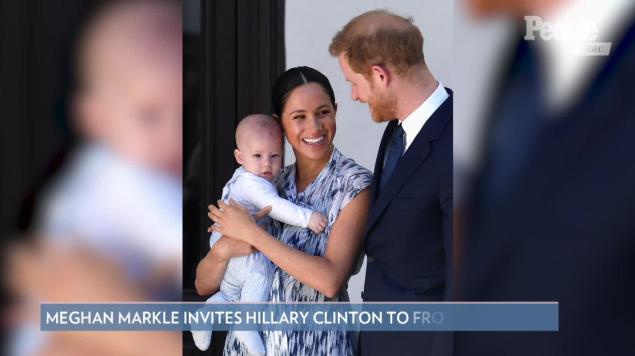 A source says the women shared a hug before spending the afternoon together, where they hit it off and even discussed a letter Meghan wrote to Clinton when she was 11 demanding to remove a “sexist” dishwasher soap advertisement.

And Clinton has nothing but love for Meghan.

In a recent interview with BBC Radio 5 Live, the grandmother of three expressed her admiration for Meghan while discussing the persistent attacks she’s been receiving from the British tabloids. 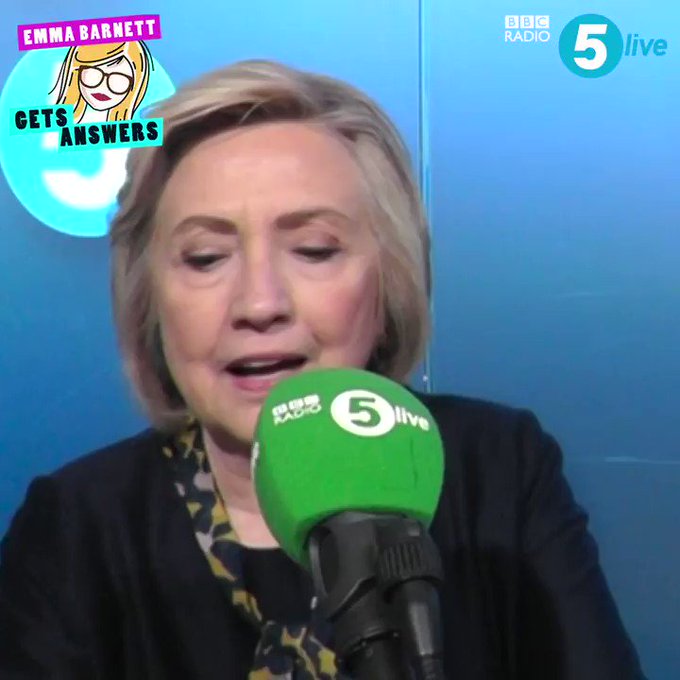 285 people are talking about this

“Oh my God, I want to hug her!” Clinton told host Emma Barnett in the interview. “I feel as a mother I just want to put my arms around her. I want to tell her to hang in there, don’t let those bad guys get you down. Keep going, do what you think is right.”

Clinton added, “You know, it’s not easy. And there are some techniques that can be learned along the way, some humor, some deflection, whatever, which I’m sure she will come to. But it is tough what she is going through. And I think she deserves a lot better.”