Fraser-Pryce, Gayle named 2019 Sportswoman and Sportsman of the Year 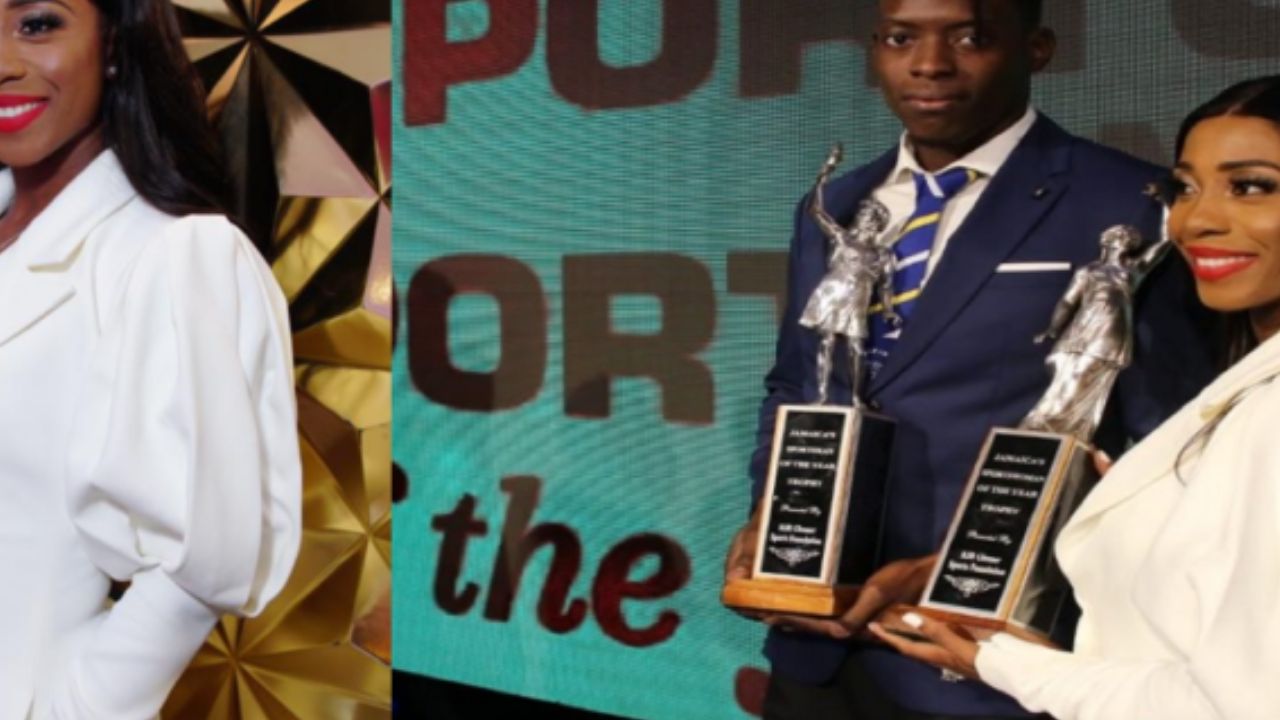 Track superstars, Shelly-Ann Fraser-Pryce and Tajay Gayle were named the 2019 RJRGleaner Sports Foundation Sportswoman and Sportsman of the Year at the gala ceremony at the Jamaica Pegasus hotel in New Kingston on Friday night.

The award represents the fourth for Fraser-Pryce who also won the Sportswoman of the Year title in 2012, 2013 and 2015.

Fraser-Pryce had an outstanding 2019 season which she capped by becoming the first athlete, male or female, to win four 100-metre World Championship titles. She did so when she won the blue riband event in the 2019 edition of the championships in Doha, Qatar in September.

Fraser-Pryce also won a second gold medal in Doha by helping Jamaica to victory in the 4x100m relays.

The 33-year-old Fraser-Pryce also won a category award, the Female Athletes of the Year for athletics and the People’s Choice Performance of the Year award for her 100m gold medal run in Doha.

Shericka Jackson, who won three medals in Doha, was voted runner-up to the Sportswoman of the Year. The World Championships 400m bronze medallist also helped the  4x400m team to a bronze medal and anchored the  4x100m relay team to gold.

The Sportswoman of the Year award was one of several recognitions for Fraser-Pryce following her 2019 season.

In December, Fraser-Pryce was voted International Female Athlete for 2019 by readers of the Athletics Weekly Magazine, which is published in the United Kingdom and the Best Female Athlete at the inaugural Panam Sports Awards.

The 32-year-old was rewarded for her performance at the 2019 Pan American Games in Lima at a ceremony in Fort Lauderdale, United States.

Fraser-Pryce produced one of the highlights of the fourth day of track and field in Lima on August 9 by adding the Pan American Games 200m title to her illustrious collection with a 22.43 (-0.1 m/s) performance to break the previous games record of 22.45 set by USA’s Evelyn Ashford in 1979.

She also made the shortlist for Female World Athlete of the Year but finished out of the top three. That award went to U.S. hurdler Dalilah Muhammad who won World Championship gold in the 400-metre hurdles in world-record time.

Gayle created history at the IAAF World Athletics Championships in September when he won the long jump in a big personal best and national record of 8.69 metres in Doha, Qatar.

While many in Doha anticipated the coronation of rising long jump star Juan Miguel Echevarria, it was instead Gayle who beat him to the punch with the longest wind-legal leap in the world for 10 years.

The performance, which put him atop the world list for the year, immediately dislodged Echevarria from number 10 in the all-time World Lists and was also the longest jump seen in a World Championship final for 24 years – since Ivan Pedroso’s 8.70m leap in Gothenburg.

The 23-year-old Gaye also won a category award, the Male Athletes of the Year for athletics.

Fedrick Dacres, the World Championships discus silver medallist, was voted runner up to the Sportsman of the Year.

Assistant referees Stephanie-Dale Yee Sing and Princess Brown-Muir were jointly presented with the Chairman’s Award for exemplary duties at the FIFA Women’s World Cup in France where Concacaf giant the USA retained their title after blanking The Netherlands 2-0 in Lyon on July 7.

Yee Sing and Brown, who were among eight assistant referees and five referees representing Concacaf at the showpiece, top of their performance by officiating in the semi-final match between The Netherlands and Sweden.