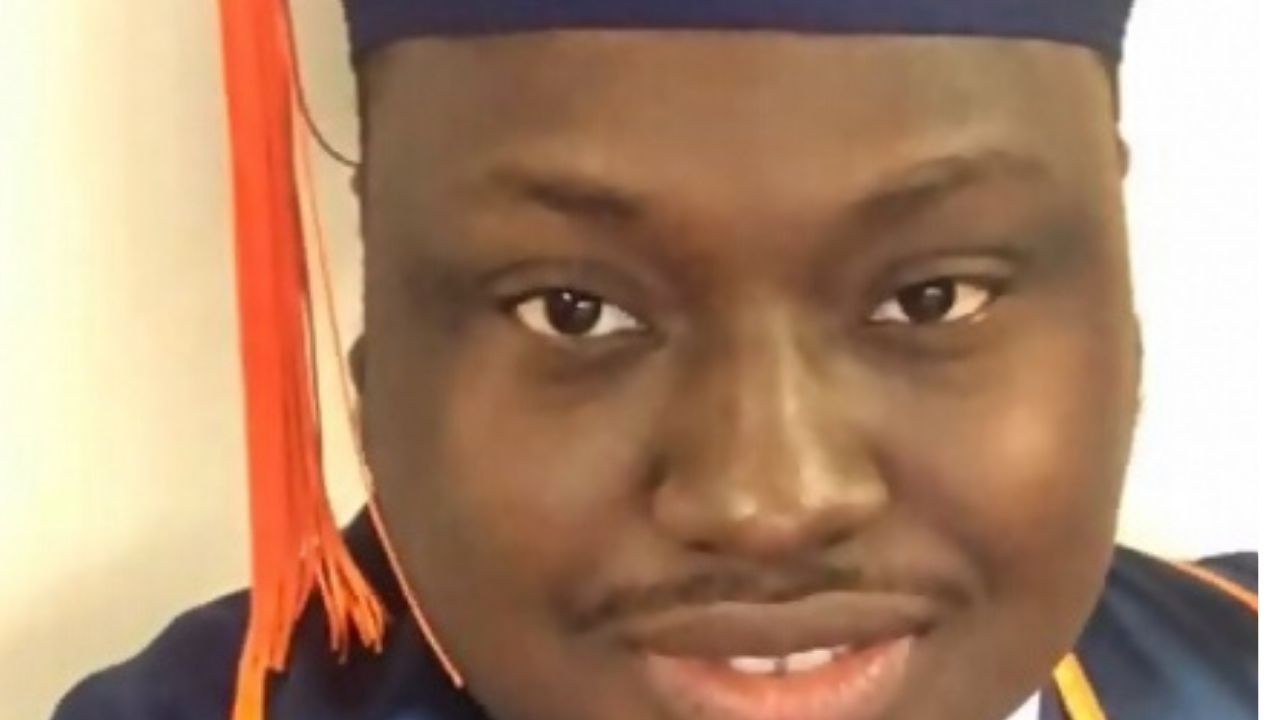 Friday, December 13, 2019 may superstitiously be a day of fear or regret for many people around the world. But for one Jamaican young man it was a day of elation and total relief. It was the day that Ricardo Cunningham, who was born and raised at Hart Street (better known as John Crow Lane), Old Harbour, finally achieved his long ambition of attaining a university degree.

While sitting amongst the Graduation Class of 2019 of Morgan State University, he replayed his journey like a reel of motion-picture film.

Six years ago Cunningham migrated to Baltimore, Maryland in the United States of America to live with his father. He had just completed studies at Caribbean Maritime Institute, now upgraded to Caribbean Maritime University (CMU) and was eagerly anticipating continuing on his excellent academic sojourn.

After landing in the land of the free and home of the brave, Cunningham got a reality check after enrolling into Baltimore City Community College on a part time basis.

“I had to sit out a year from school after, because I had to work and help my father with the bills as it was just the two of us here at the time,” Cunningham, 27, said in an interview with Old Harbour News.

“Having to work and help the pay bills was hard but it taught me a lot, where responsibilities are concern and help to mold me in the man I am today, because I had to continue working when I went back to school.

“While at Morgan (State University) I worked as a nursing assistant in a nursing home as well as I started a side hustle doing car detailing.”

While doing all that Cunningham, who was head boy and a member of the Old Harbour High 2011 School Challenge Quiz team that reached the semi-finals, was adjusting to the American way which comes with its own challenges.

He added: “It was very difficult, initially I had a culture shock, things I was use to in Jamaica were not here, like warm weather all the time I had to get use to cold and snow, etcetera and it took a little adapting but after a while I think I started to fit in and gotten acclimated.”

None of these hurdles presented would deny the ambitious Jamaican from achieving his dream, as in the fall of 2016 he got accepted into MSU after transferring all his credits from CMU and BCCC for his major in Industrial and Systems Engineering.

Still, there were other bumps along the way.

“While at Morgan,” he recalled, “one semester I had to leave school two different times in the same semester to come to Jamaica for the funeral of my grandmother Kathleen Givens (Miss Birdy), and also for my grandaunt and grand uncle. Despite this I still managed to maintain a GPA above 3.0 for the semester.”

Both ladies played a role in his upbringing on the Caribbean island and their passing hit home real hard. The chance of seeing their baby Ricardo graduate from university had gone.

And although he was always an excellent academic high achiever, Cunningham said it was his tough background in Jamaica that was the foundation of this success.

“My upbringing helped me a lot to push through and I relied on it heavily,” he said. “Growing up I learned how to work hard for what I want and regardless of obstacles in my way I must finish what I start.”

Ricardo Cunningham’s relatives were out in support at his graduation (Photo: Contributed)

Indeed, like the great pan-Africanist and Jamaica’s first national hero Marcus Garvey who gave the charge to blacks around the world in his now made famous speech, Cunningham – a past student of Marlie Mount Primary – has accomplished what he willed.

Finally he has managed to cross the finish line. He was relieved man.

“On graduation day, what kept going through my mind was ‘I can’t believe I finally made it after all this time’.

“Even now it’s still surreal I keep trying to convince myself I currently hold a bachelor’s degree.

“But I was also thinking I’m ready to take on whatever new journey comes along the way by way of the working world,” he said.

“Through hard work, dedication, diligence, God’s grace and many sleepless nights I made it to my goal.”

Cunningham’s immediate goal now is to secure a job in his field of study, but also intends to give back to his school and community.